The story of Cromwell’s Head

Oliver Cromwell died in 1658, but the peace of his grave was not to last. In 1660 Charles II took revenge for the beheading of his father by having Cromwell’s body dug out of Westminster Abbey, and the corpse decapitated in a public ceremony in London. Cromwell’s head was stuck on a pike, where it glowered down on the streets of the capital, for twenty years, when it mysteriously disappeared.

The head, or at least what was purported to be the head, re-emerged into the public view in the early 1700s, as the centrepiece of an eccentric museum. For the next ninety years it was traded back and forth, between collectors of the occult, drunken actors, wealthy merchants and revolutionary republicans – all the time being exhibited somewhere in London.

Finally, after falling into the hands of a clergyman, the head became the subject of one of the first modern scientific forensic investigations, which came to some surprising conclusions. 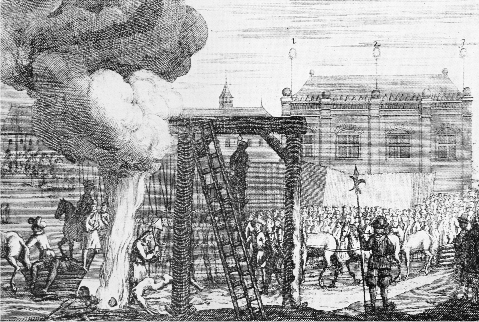